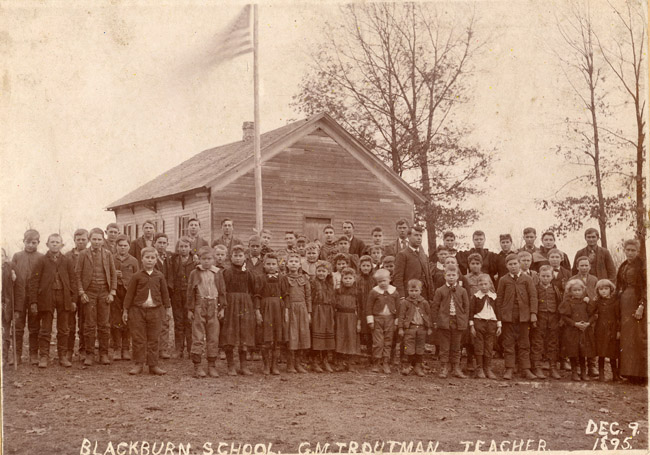 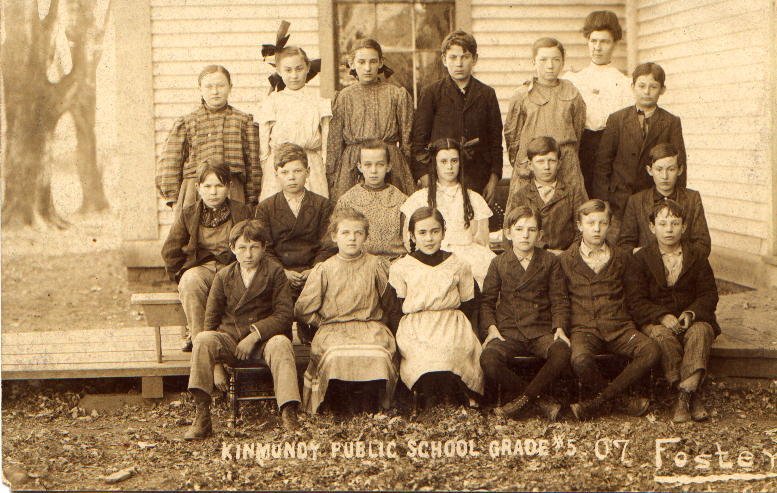 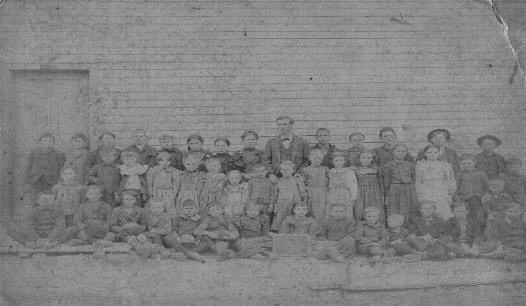 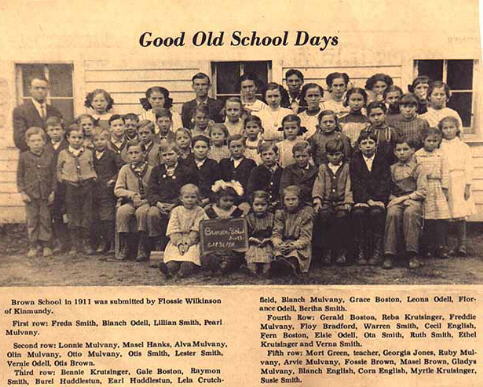 Brown School in 1911 was submitted by Flossie Wilkinson of Kinmundy. 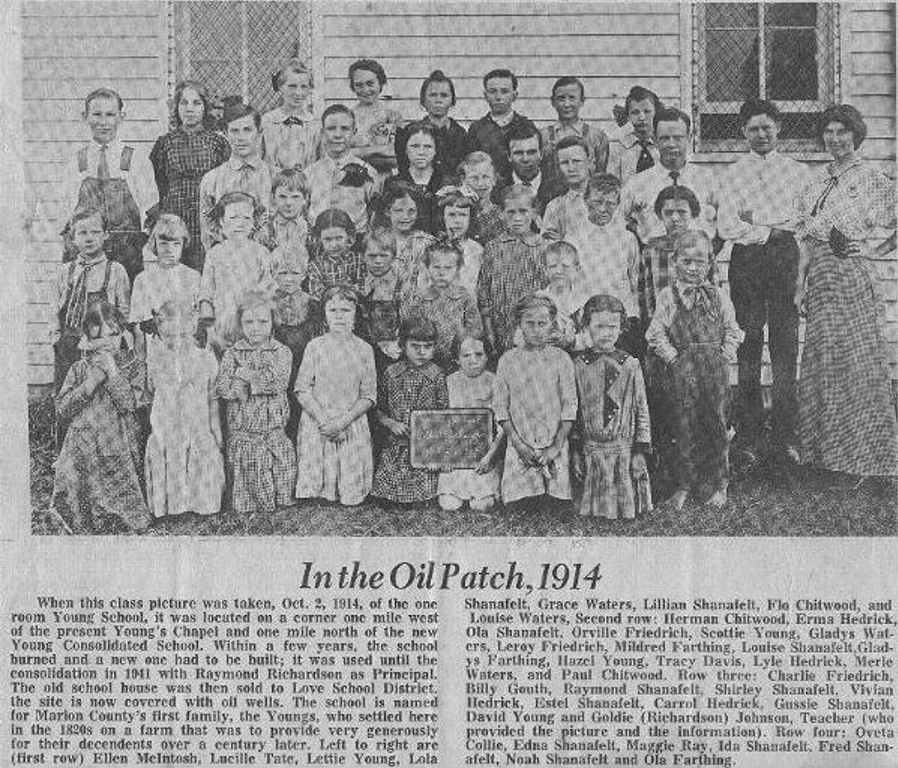 When this class picture was taken, Oct. 2, 1914, of the one room Young School, it was located on a corner one mile west of the present Young's Chapel and one mile north of the new Young Consolidated School. Within a few years, the school burned and a new one had to be built; it was used until the consolidation of 1941 with Raymond Richardson as Principal. The old school house was then sold to Love School District. The site is now covered with oil wells. The school is named for Marion County's first family, the Youngs, who settled here in the 1820's on a farm that was to provide very generously for their descendants over a century later. 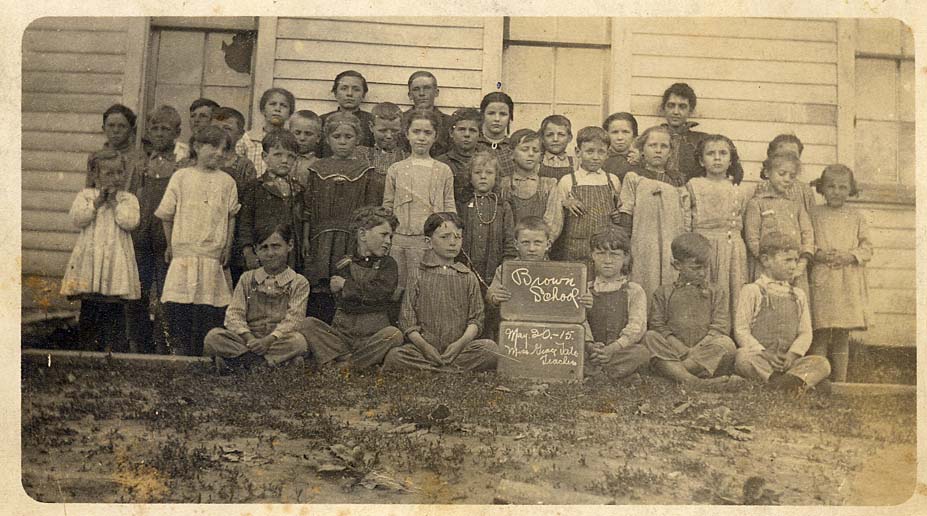 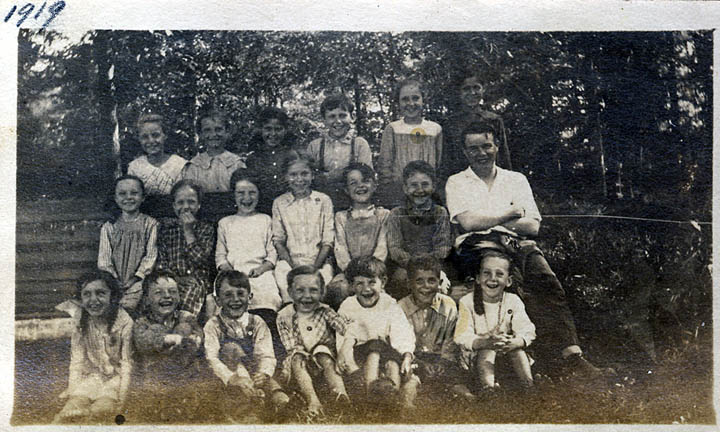 Teacher of Brown School, 1919, Gerald Boston on right who was the great uncle of Steve Courson 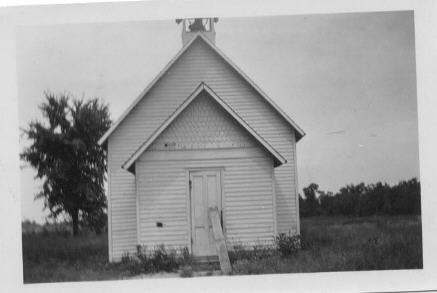 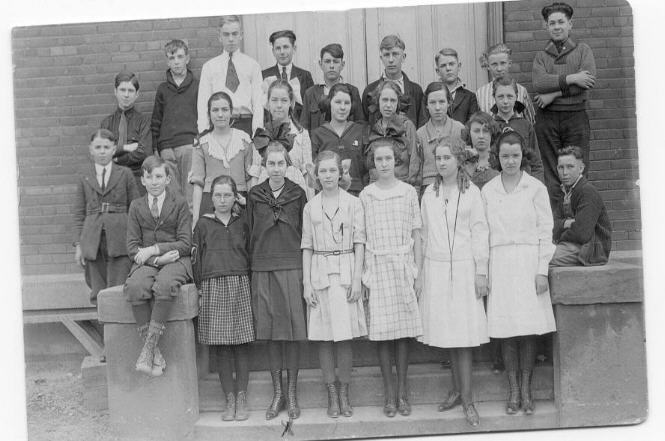 The girl marked with the "x" is Oscie Alma Knight. 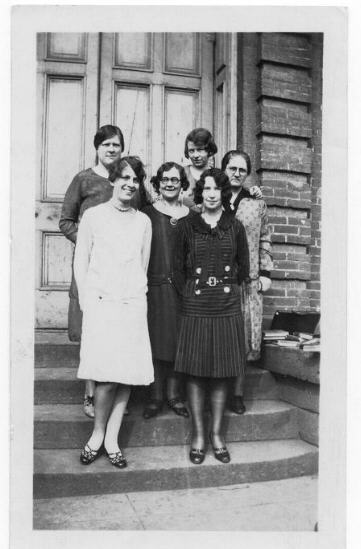 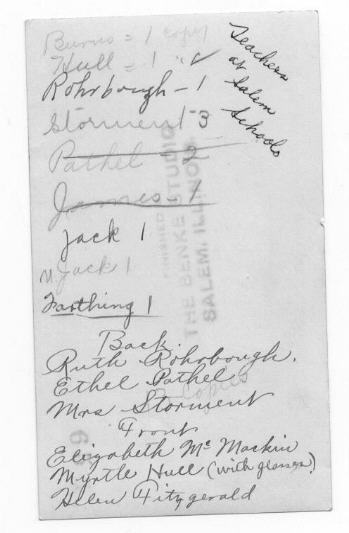 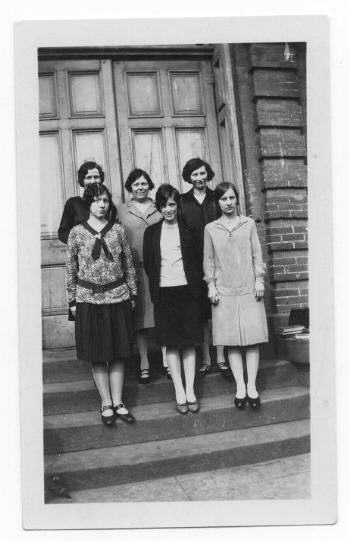 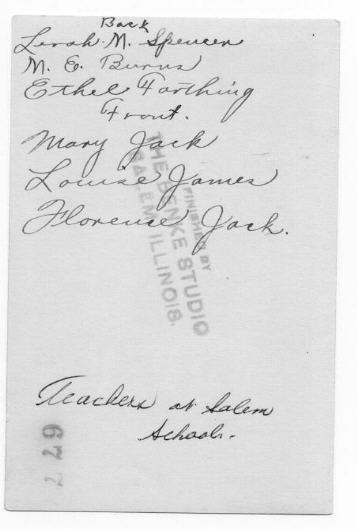 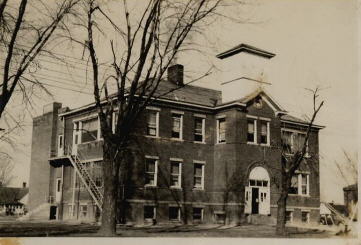 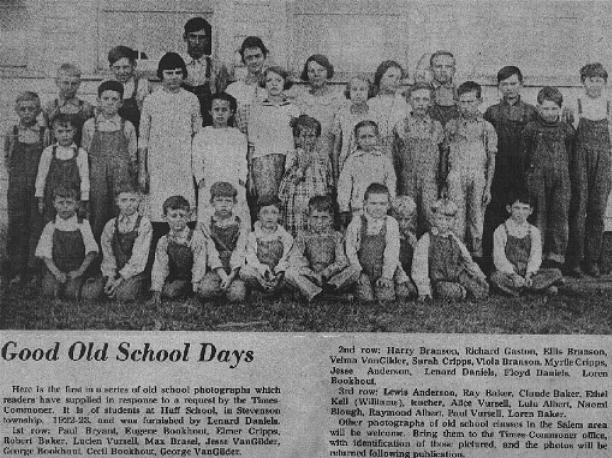 Here is the first in a series of old school photographs which readers have supplied in response to a request by the Times Commoner. It is of students at Huff School, in Stevenson township 19220-23, and was furnished by Lenard Daniels. 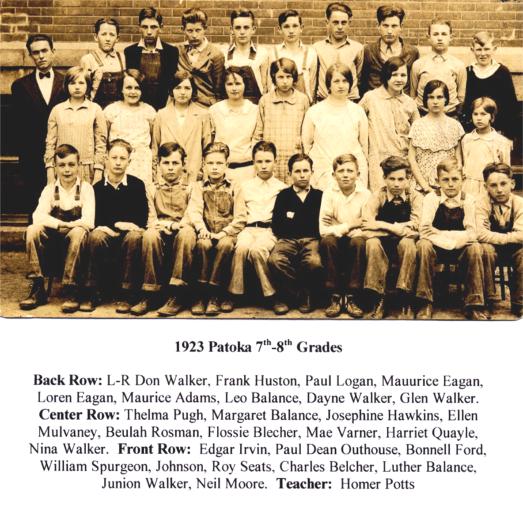 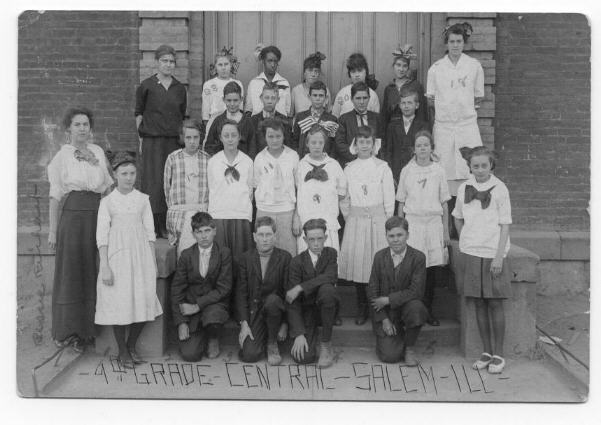 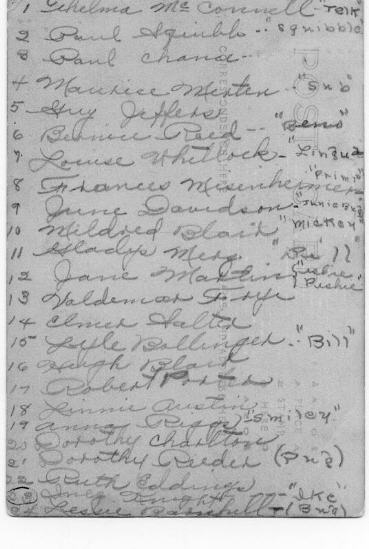 Karen's relative in this photo is Inez "Ike" Naomi Knight, pictured in the top row, second from the left, next to the black girl. 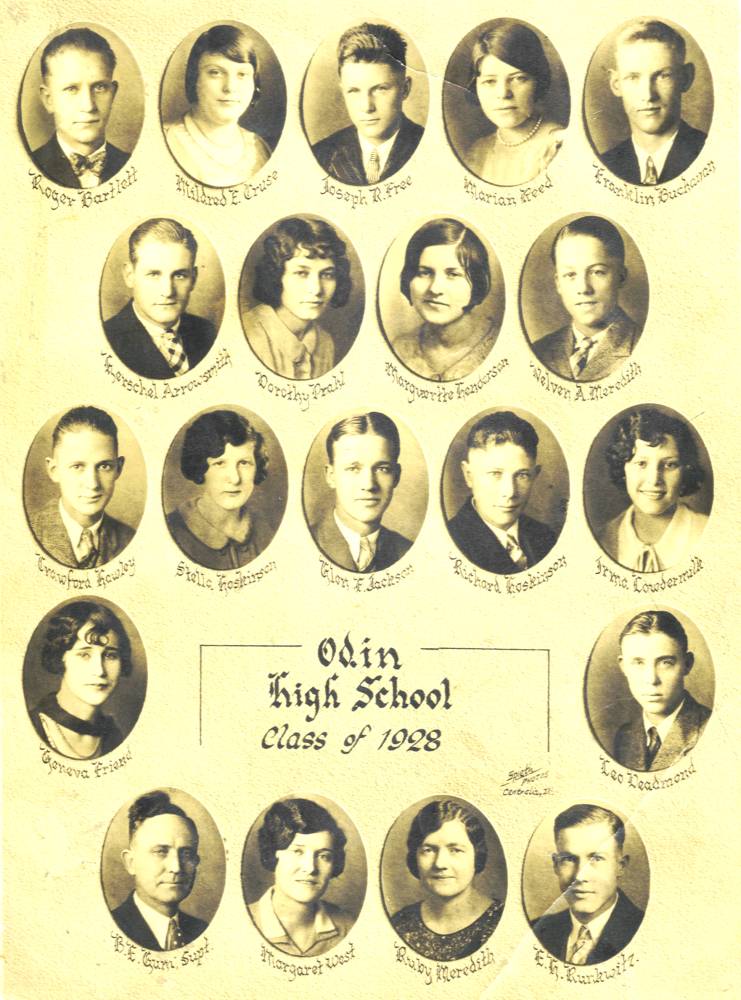 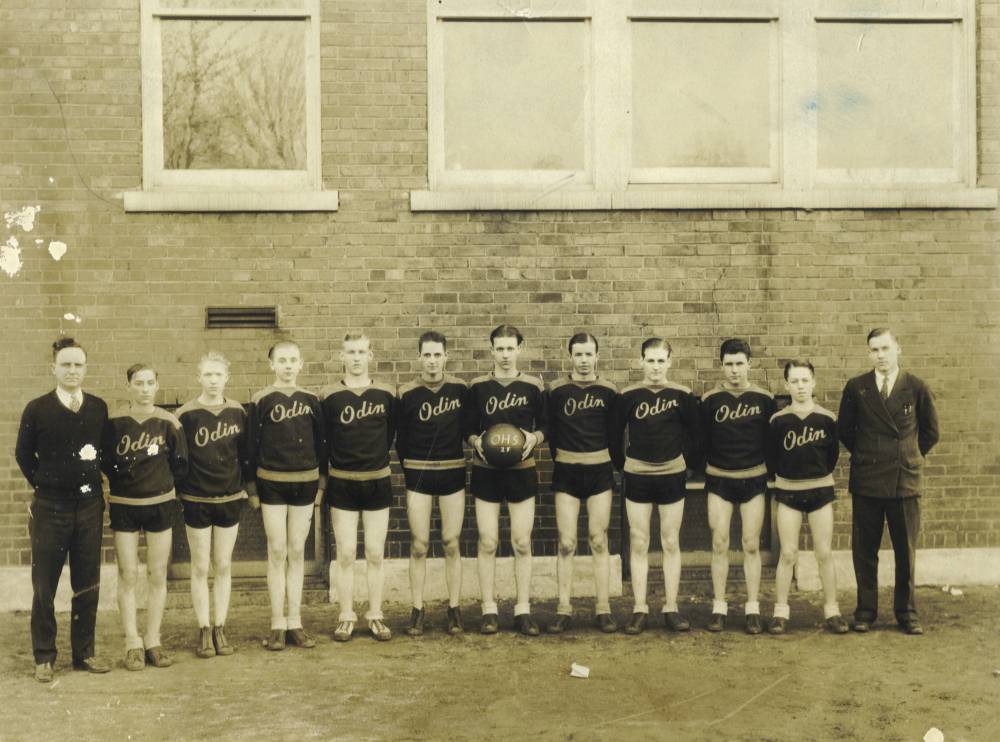 Herschel Arrowsmith (Brad Arrowsmith's grandfather) is the third player from the right. 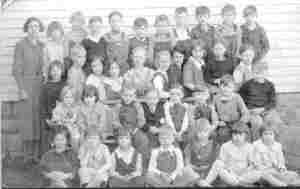 My aunt says this is either Wamac school or Richview school. It was the only year all three kids went to school together. In identical black sweaters, pictured in the bottom two rows are Fred Frazier, Leroy Frazier and Alberta Frazier. 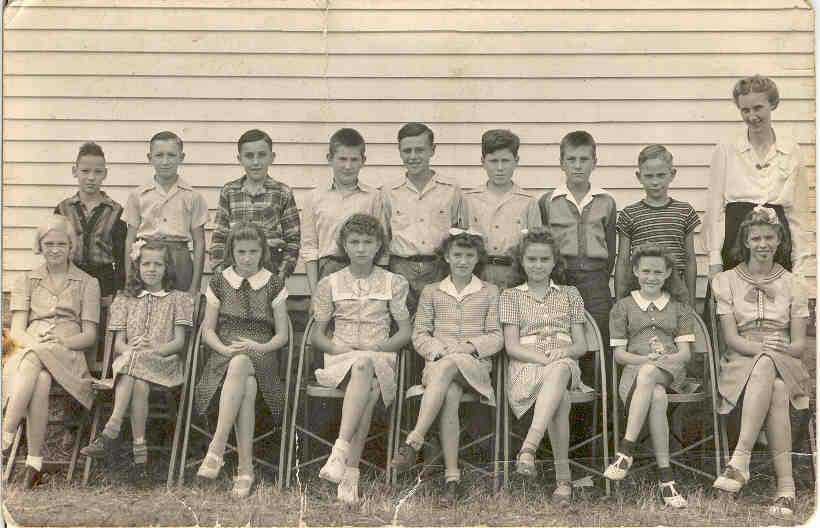 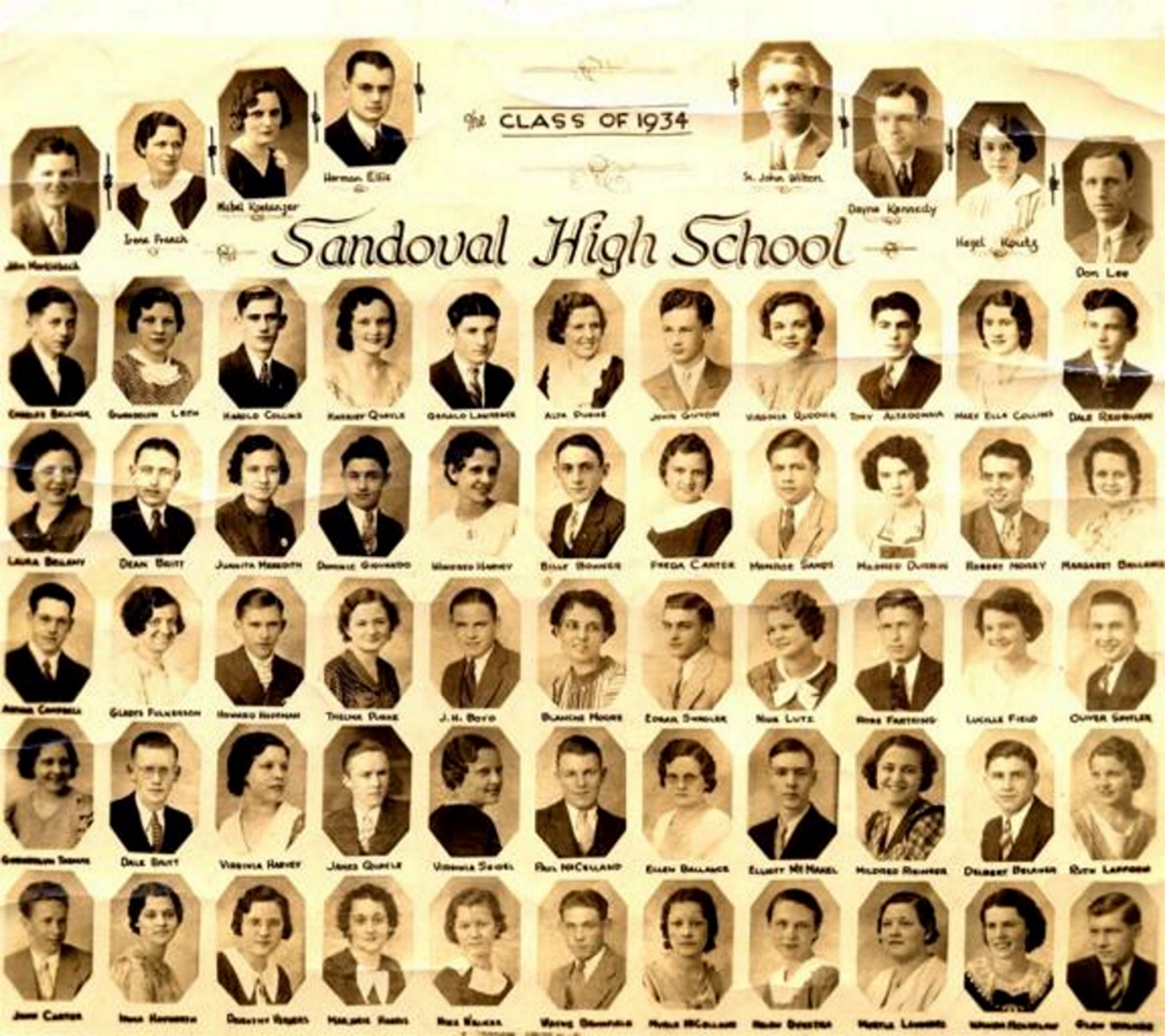 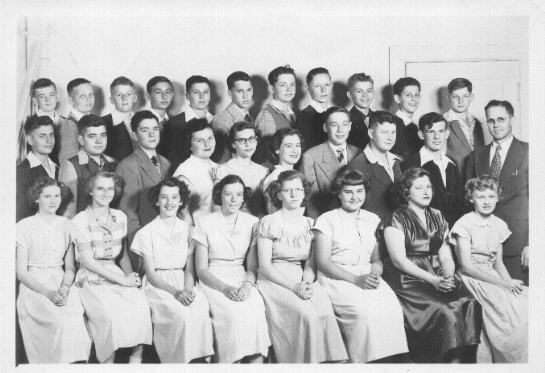 Norma (Bundy) Phillips Turner is in the second row, 5th from the left.
Barbara Smith is 2nd girl from right in first row.
George V. Morris is 3rd boy from left in back row.
Howard Bundy, second row at the end: teacher/principal.