This picture of Centralia men on their way to military duty was taken July 1942 in the 100 block of E. Broadway. 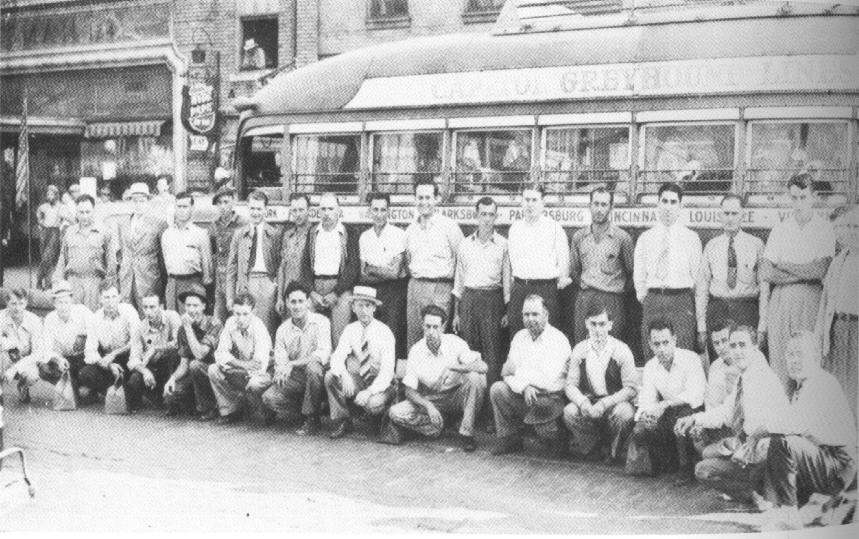 YOUR HELP IS NEEDED - If you recognize any of the unidentified men, please let us know their name and location in the photo.